Aikido is a Martial Art sport that focusses on self-defense with minimal injury to the attacker.

The founder Morihei Ueshiba combined his Martial Art study, philosophy and religous beliefs into the sport we now know as Aikido.

Aikido is often translated as 'the way of unifying life energy or as the way of the harmonious spirit. According to the philosophy of the founder, the primary goal of the sport is to overcome oneself instead of cultivating violence or aggressiveness.

During class the focus will be on the basic movements via striking, throwing and the use of weapons 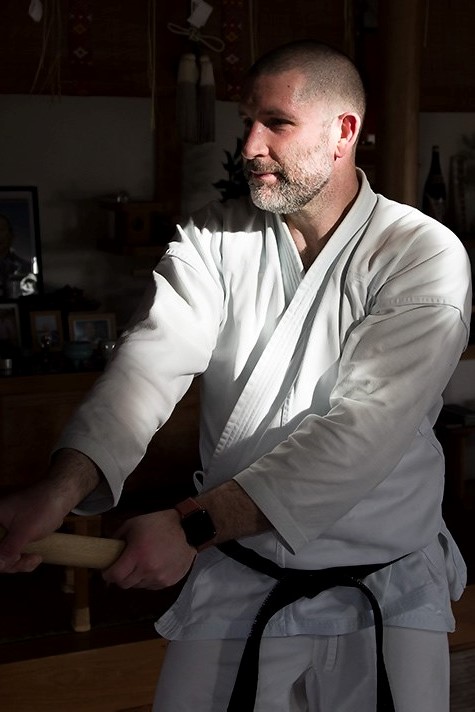 Simon Harris is ranked 5th dan in Aikido, a practice he began more than 20 years ago.

Since his initial stay of 10 months as a 15-year-old in 1988, Simon has travelled to the headquarters dojo in Iwama, Japan, every few years to ensure consistency of technical and spiritual direction and development. Consequently, Harris Sensei has spent more time studying in Iwama than any other Aikido instructor in Melbourne.

His approach to teaching follows as closely as possible that of his current instructor and mentor, Saito Hitohira Soke and before that of the late Saito Morihiro Sensei. Classes focus on the fundamentals of each technique, with instruction and correction tailored to the needs of each student.