A class for women-only coached by a 3rd Dan karate instructor, mom and business owner.

The class is a mix of strength-building, general fitness, conditioning with a touch of self-defense.

Do you want to have a nice chat, get in a good workout and clear your head then this will be your group fitness class. 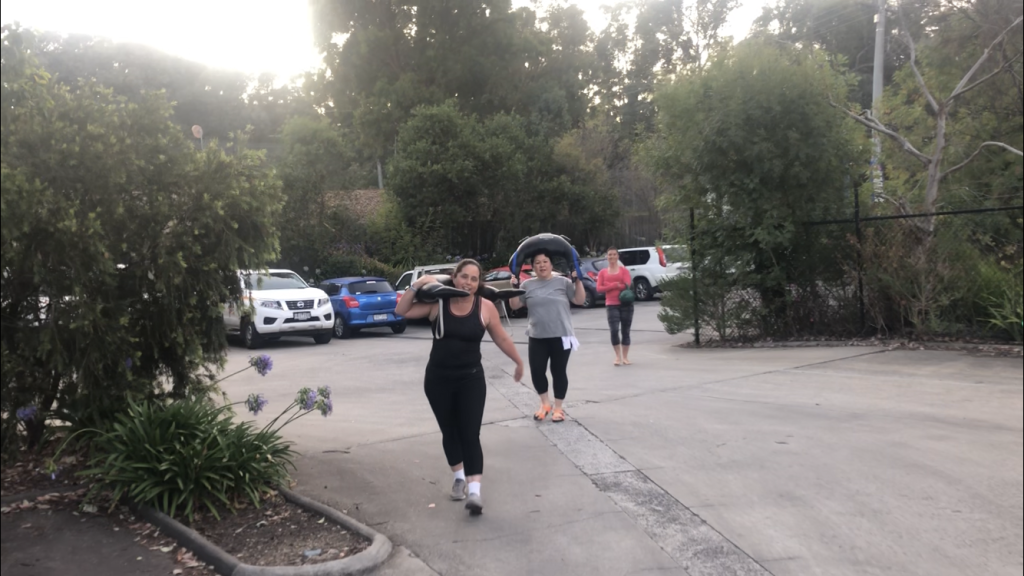 The capacity to carry heavy weight, lift things, run and much more.

You will be joining a group of women that like to push themselves, support families and run businesses.

Everyone is open to a chat before and after 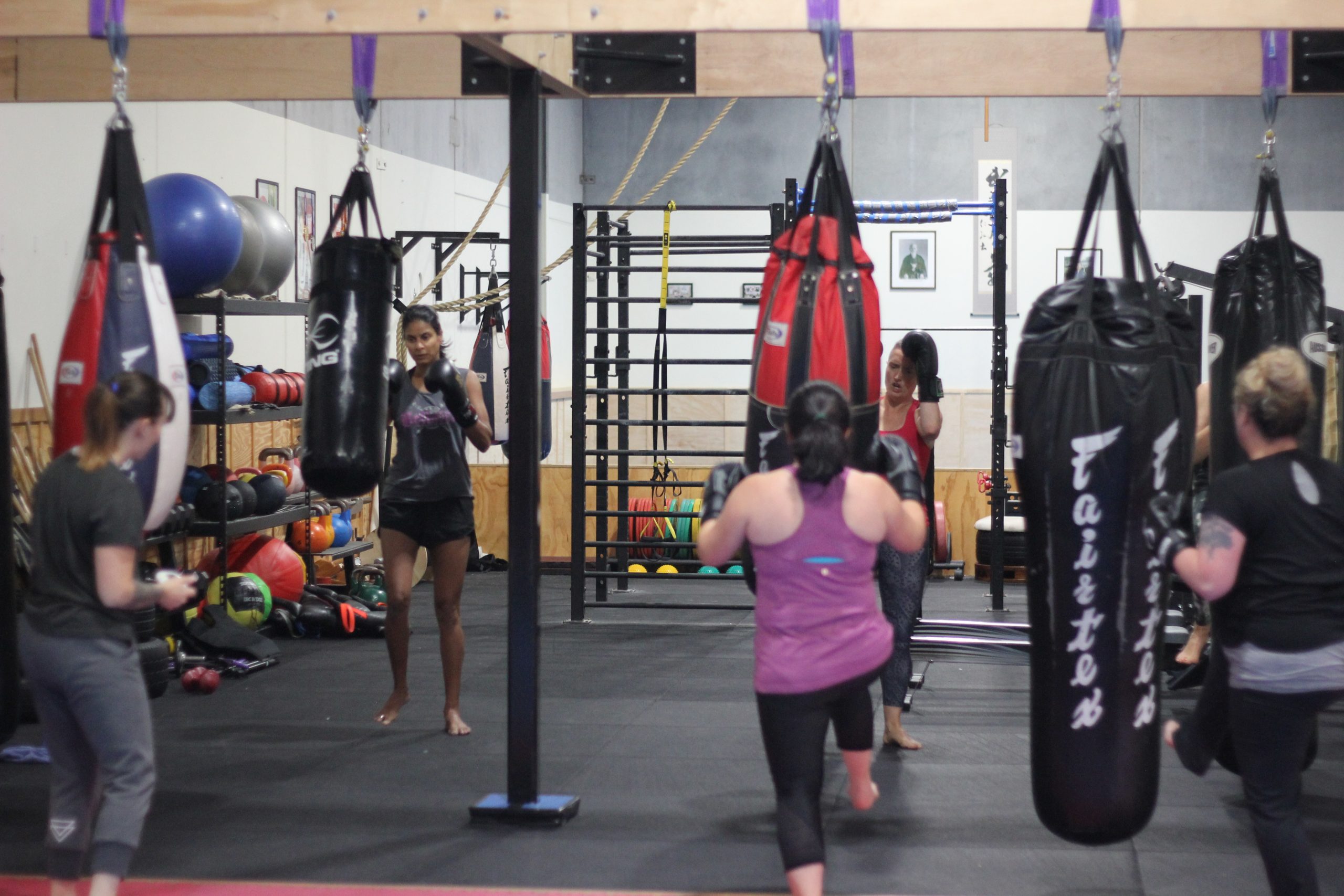 No need to hold back during these sessions, making noise and heavy sweating is welcome.

Feel great about yourself, about what you are capable of and let none limit you. 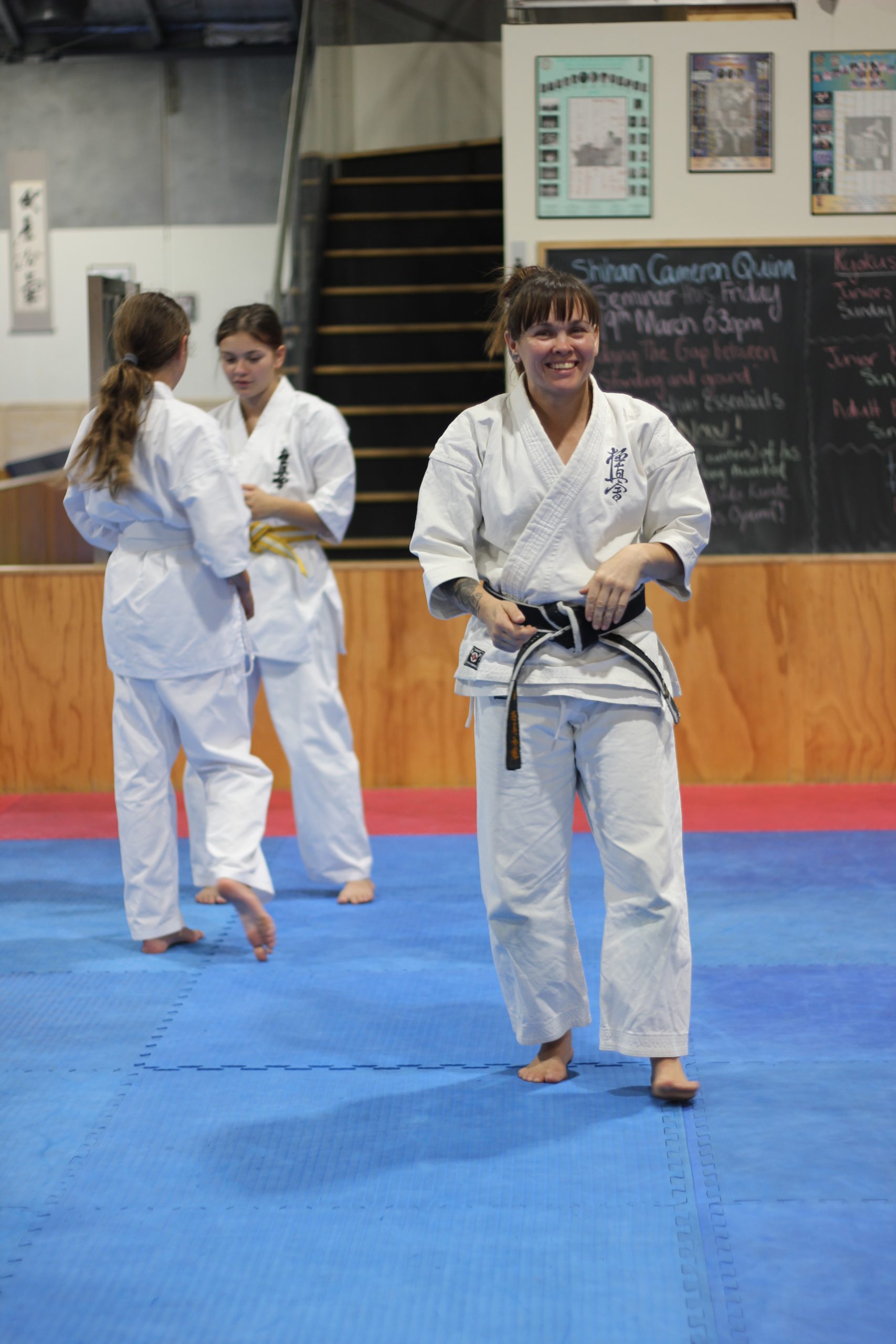 Sensei Kiley Baker has been training in Martial Arts since 1995 and teaching since 1998. She was the only full time instructor in the City Dojo under Shihan George Kolovos for several years. She obtained her San Dan (Third Dan) under Shihan Kolovos in 2013 and also her black singlet in Titans Kickboxing.

Sensei Kiley Baker has been teaching and competing in Martial Arts such as Kyokushin Full Contact Karate, Titans Kickboxing and teaching Kids Karate for many years. She is a three time Victorian Kyokushin Full Contact Champion winning the lightweight division in 2001, 2002 and 2004 and a two time World Ring Karate Australia (WRKA) Champion. During her fighting career Sensei Kiley Baker has competed and won in many tournaments in Australia, New Zealand and Japan.

Her other qualifications are having completed certificates I - III in Sport and Recreation and level 2 First Aid. She is also a Registered Judge and KickBoxing trainer with the Professional Boxing and Martial Arts Board of Victoria.

During her karate Martial Arts training, she has had the opportunity to train with many great instructors (not in rank order) such as Shihan George Kolovos, Shihan Eddie Emin, Sensei Maria Rich (formerly Sensei Maria Gibilisco), Sensei Judd Reid, Shihan Hasegawa, Sensei Gonghan (Shanghai China), Shihan Cameron Quinn, Shihan Kazumi Hajime, Shihan Oishi, Shihan Shichinohe, Shihan Tabata, Shihan Jim Phillips and Shihan John Taylor. They have all provided their unique view of the martial arts and as always it is not only a privilage to have trained with them, but an experience to simply be in their presence.

Sensei Kiley has also travelled to Thailand on several occasions to attend training camps in Muay Thai Kickboxing. The kickboxing in Thailand is far removed from what we know it as in Australia. Students in Thailand train as much as you and I work. At the age of 5 these young boys are already title holders in their division. To see these young boys fight full contact Thai rules as perfectly as they do at this age can only be described as inspirational. By the time they are 21 they have an enormous number of fights under their belt and to have met some of these fighters is truly a humbling experience.